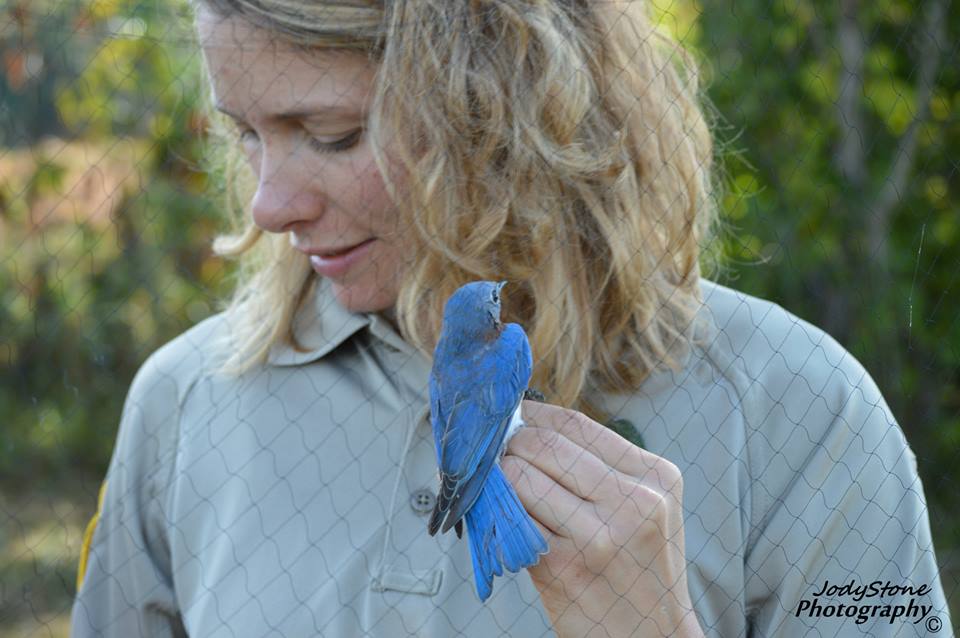 If I had realized what I was embarking on when I applied to be an AmeriCorps Member, I probably would not have gone through with it.  I was in the midst of finishing a bachelor’s degree in Wildlife and Fisheries at the University of Tennessee – Knoxville when I caught wind of a CAC AmeriCorps position at Seven Islands Wildlife Refuge.   The position had been filled twice and both times personal circumstances had prevented the Member from finishing the term.

I worked with a partner at Seven Islands for two full terms.  The bulk of our responsibilities at the Refuge involved wielding a machete and hacking away at the weedy growth around 10,000 trees that had been planted through a habitat restoration grant.  The work was monotonous at times, but we got to be out of doors in one of the most beautiful places I could imagine and we were making a difference.  Over those two years I learned the land and came to love it.

We worked most days on the site but habitat restoration was only part of our efforts.   As an AmeriCorps Member, I attended interest group meetings, participated in the organization of fundraisers, and began to grasp the importance of collaboration and partnerships.  I learned to keep a log of my activities and to report pertinent information when appropriate.  I learned how to set goals and to work to achieve them; when to ask for help; and how to sharpen a machete like a pro.

If I had had an inkling back then of what I was getting into in becoming an AmeriCorps Member, I would have run for the hills.  The thing is, I am not the person who took that position.  I am a far more confident, competent and willing person then I ever was before.  My experience with CAC AmeriCorps set me on a journey of growth and fulfillment.   Today I welcome a challenge. I take every opportunity to learn and to be of service, and for that I am truly grateful to be an AmeriCorps Alum.