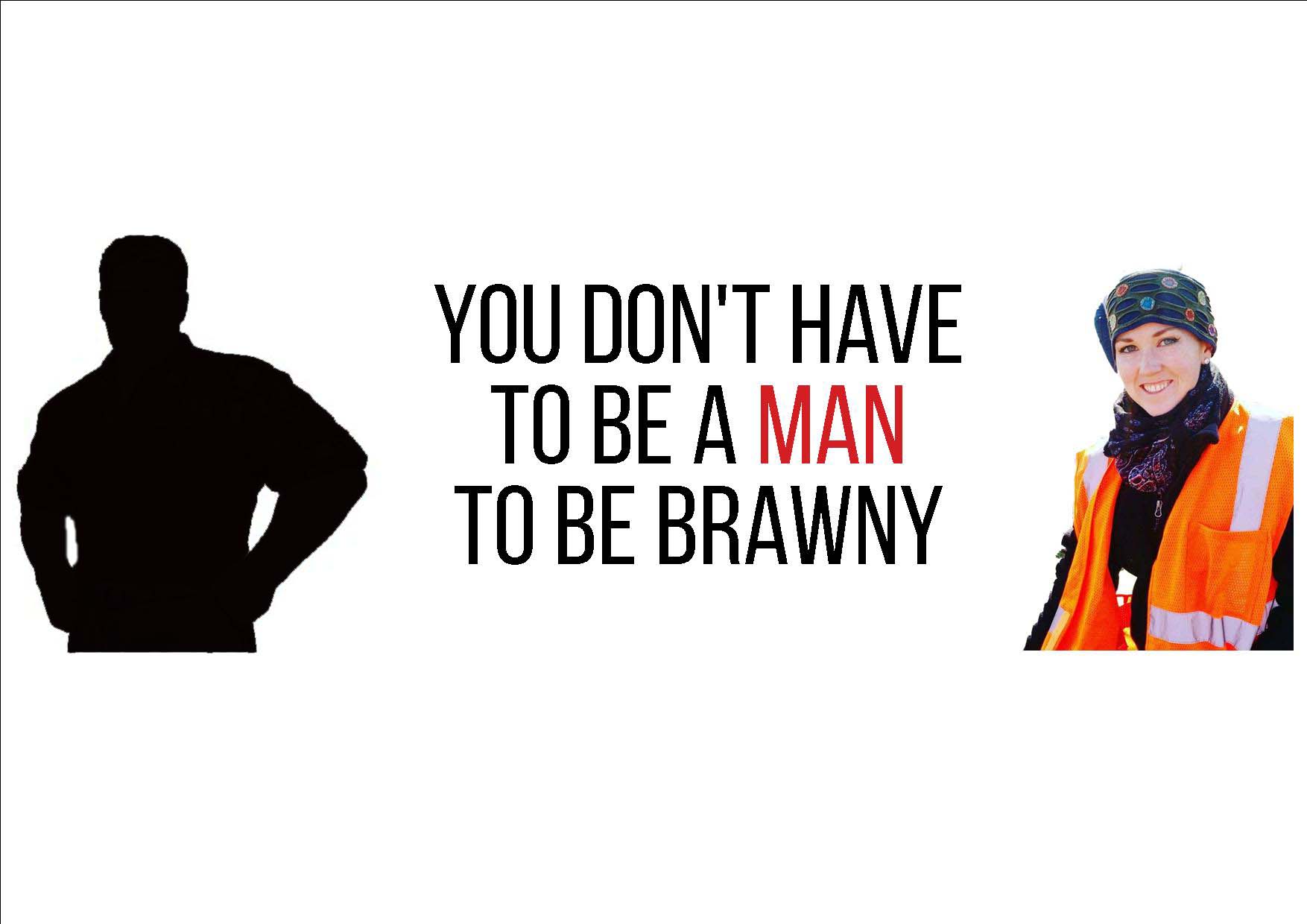 When tasked to find an applicant to round out our 40 member corps for a manual labor position working with the Aslan Foundation, someone like Christine Doka wasn’t immediately who came to mind. Envisioning the paper towel legend “Brawny-Man” was, admittedly, my first instinct. Flannel optional. We instead discovered a petite 22 year old University of South Carolina Environmental Studies major who was eager to extend her knowledge and skills. What she might have lacked in initial brawn, was quickly forgotten by her willingness to do hard labor and ability to find a rhythm in an unfamiliar work environment. We recently sat down with Christine to chat about her experiences.

During her time at USC she spent one semester as a marketing major before quickly switching to environmental science. She explains this transition as a resounding realization that “this world is beautiful and someone needs to protect it”, a sentiment most of us in environmental service has felt. Throughout college she worked with Sustainable Carolina which empowers students to address campus and global sustainability issues through service projects. Some of her many accomplished include bringing several more bike racks on campus to encourage alternative forms of transportation, helping coordinate a “recycled art” fashion show, and working at a community farm.  Her voice trailed off in modesty as she casually dropped “…and I wrote a book too…I guess.” For her senior project she co-authored From Bedrocks to Blooms: A

Beginner Guide to Urban Community Gardening in response to the many volunteers who eagerly wanted to dip their toes into the world of urban gardening without the know-how to do so. Christine is too modest, so I will shamelessly plug this for her:  this charming e-book will guide you through your first harvest by covering everything from basic grant writing to fund your garden, land management, soil composition and health, as well as best seed selection for your area. It is available for purchase on your Kindle on Amazon.com now.

From here, her story unravels like so many others who join our corps. Often, the initial idealism of working in the environmental field fades and concessions have to be made when trying gain access to employment. When applying for jobs appeared to be less fruitful than anticipated, she heard about our program and thought “that’s exactly what I want to do and it’s not betraying any of my values by spending a year doing service”. We received her application knowing we only had one slot to fill with the Aslan Foundation. This was a labor intensive site presumably seeking a callused-hand man with broad shoulders to equally match his broader affinity for hours of outdoor manual labor. After explaining the site expectations and physical demands it heavily carried, she was still up offered the job and accepted.

Two strapping twenty-something men, a weather-worn supervisor,  a man only known as Nine, and frequent guest appearances by invasive- clearing goats make up the colorful cast of all male characters at Log Haven. Enter Christine: she tentatively started not knowing exactly what to expect, “I felt good, I felt intimidated… I really did feel like I needed to prove myself,” among an entire male cohort. True to its name, Log Haven

requires a labor attuned for veterened lumberjacks.  Christine undertakes a variety of tasks including wood chipping lumber and other general tree maintenance, leaf blowing, tending to residential goats, picking up litter at dump sites, and clearing out Japanese honey suckle and privet that often requires ox-like strength and the ability to wield a machete. The Department of the Interior (DOI) and other public and private lands often rank invasive species as their top resource management problem and Log Haven is no different. The invasives that pervade the area have since strangled native tree populations and claimed the South Knox community as its home and Log Haven as one of its favorite feeding grounds. The “forest will be so dense [with invasives] that you can’t see two feet in front of you” pipes Christine. Clearing the woods of pesky invasives is the daunting task that started her 10 month journey. Christine reflects back on her first week at Log Haven and told us “we worked harder that first week then we have worked ever since then and I can’t help but wonder, ‘Was that a test? Did I pass?’”

Christine knew that she needed to prove both to her co-workers and herself that she could do the job. She admits “I was definitely exhausted and miserable at times. It was really hot and it was work I’ve never done before.” On harder days, she turns to her other hobbies to get her through. She has been an avid hula hooper for years and knows that skill is built on practice, repetition and rhythm. She finds similar rhythm in her work at Log Haven that she finds in hooping.

“There are always times whenever we are doing a task for 2 or 3 hours straight- like leaf blowing. [My boss] would say ‘leaf blow this ENTIRE place. Sometimes my arm starts to cramp and I’m miserable… I’m cold and hot at the same time and just trying so hard to push through because I can’t quit…and then suddenly I just realize that I’m just doing it, you know? And everything falls into place and it’s just a rhythm. It becomes enjoyable when you find that spot and knowing that’s happened has helped me at times when my back is aching.”

There were other times when she felt the pangs of adversity from being a woman in a man’s world. Menial or administrative tasks are sometimes asked of her which upon completion is usually met with sideway eyes and a grumbled “women” – an ongoing punch line and offered explanation for her competency. “I just look at him and say ‘men’”, Christine retorts coolly. These anecdotal asides are meant in jest but sometimes reflect critical examples of just how gendered labor can be. The forgotten comfort of having a private bathroom for a woman at a site usually permeated by an all-male team hilariously provides such an example. “I can and I will [go to the bathroom in the woods]… but being a girl, sometimes a toilet is rather nice”.  Another example of gendered nuances can be found in the equipment used. Built by and presumably for men, the standard height of the wood chipper disadvantages petite Christine and requires someone taller in stature to use it effectively. Its large mouth is loud, intimidating and potentially deadly. Rule #1 for Christine? Don’t get sucked into that darn wood chipper.

Besides overcoming the chipper, she has picked up quite a few skills and experiences along the way. “Every day is a surprise. Yesterday I came into work and we were waiting for the demolition team to get there to tear a house down. There are a million little things to do”. She has also been a caretaker for live-in goats, has become an expert in weed eating, leaf blowing and general landscape maintenance as well as learned to identify the invasive species and flora that surrounds her. Having manual labor experience has changed her outlook on the work that has to be done in an environmental capacity. “Working in an [environmental field] is a service job in itself” as it takes passion for fighting an uphill battle against the wide range of factors that encroach on environment health. Some people, especially women, get prescribed or pursue environmental work from administrative side and never has or been given the opportunity to do manual labor in the field. Both sides have equal merit, but working in the labor intensive side has given Christine credibility and context into the physical demands it takes to care for our environment that’s often taken for granted. “It’s been very important” she explains both from a female and environmental perspective.

In between the variety of odd jobs, Christine makes lists. Lists of things she’s learned, accomplishments, and thoughts that blow through her mind much like the leaves she spends hour’s leaf blowing on the several acre property. “I started a list of things that I have learned from this position and some of them are serious, some of them are funny” but each item give significant insight and hilariously poignant realizations into her everyday work life.

At Log Haven, the difference between mere muscle and true brawn is in the person wearing the steel-toed work boots. Man or woman, at the end of the day, when forests have been cleared, machetes have been sheathed and the hum of the giant wood chipper gurgles and quiets, tense muscles take rest and there is an equity in sweat that is blind to gender. “It has been an empowering experience…learning about a lot of things that stereotypically girls aren’t exposed to”, she explains. Of course there are times when she is met with the reality of her own limitations. Sometimes, “I really REALLY can’t lift [things] no matter how strong I want to feel” explains Christine.  But, true strength is derived not from gender, but character. She still puts on her work boots, same as her male counterparts, looks to the grounds and gets ready to start the day. Manual labor might not be for every man, but it can be for any woman who wants to pursue it.

“Whenever your job seems tough or you start to get a little bit discouraged… you think that ‘this isn’t really important’ or maybe ‘I’m not doing my job correctly’, step back and look at the bigger picture of everything and everybody is doing together and working towards because its not just you out there trying to fight this fight. There are 40 other CAC AmeriCorps members out there doing their own little part.. they each have a piece of the puzzle and whenever it all comes together, it’s a beautiful picture.”