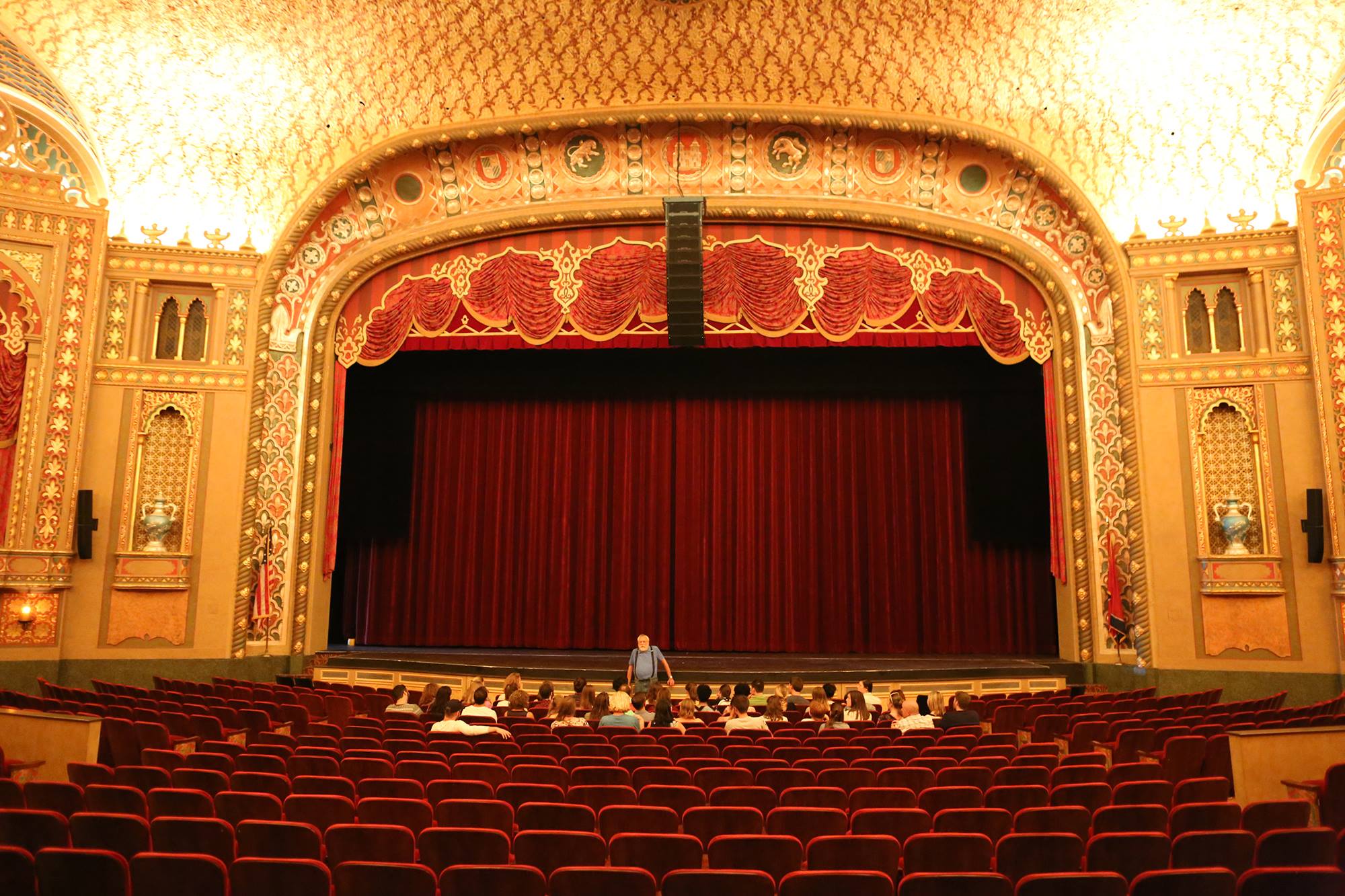 As I approach my 3-year anniversary as CAC AmeriCorps’ Program Director, I reflect on the journey over the last 3 years and the elements that have defined the people, texture, and tone of my service in this role and offer some advice to members and those who choose to become servant leaders.

In 2015 John Harris had been CAC AmeriCorps’ Program Director for about 13 years and I had been a Stormwater Coordinator for the Town of Farragut for about 7.  When I became aware that John’s life circumstances had changed and that he would be moving and vacating his position, I knew I had to talk to him.  I was just finishing up my MBA with Carson Newman which I had begun 2 years prior.  When I first went back to graduate school, I chose an MBA because I knew I wanted to take on more responsibility as a professional, but I didn’t know exactly what that meant.. until the spring of 2015.

We met for lunch where we talked about John’s next steps and the amazing things he had accomplished over more than a decade as a Program Director.  John Harris transformed the lives of hundreds of people, from across the US, by developing systems that allowed them to find themselves in service.  In the process, he improved the quality of the Environment in East Tennessee.  Then I made a pitch. Without a position description, without a sense of salary, I knew that this was THE opportunity.  AmeriCorps had transformed my life and had continued to add value to it for nearly a decade after and nothing was more compelling than holding a position charged with doing the same for others.

This was, and remains, the dream.  It is what drew me to the opportunity and is what sustains me in it.

Fast forward a few months, the position was posted.  I applied and was offered an interview.  I remember while sitting in the interview with Barbara Kelly, the Executive Director of the Knoxville-Knox County Community Action Committee (CAC), that it felt as if everything I had done in my professional career mattered and came together in that moment.  As someone who has applied and interviewed for hundreds of positions over my lifetime, this was the first time everything came together in quite this way.  I knew the opportunity was something special and I walked away feeling as though I had just had the most important job interview of my life.

Over the past three years since then I have chosen a word to define the previous corps year to maintain a sense of the journey in my mind.  For year one my word was HUMILITY.  When I began with CAC AmeriCorps, what I brought to my new role was a strong sense of program and event coordination, collaboration, insights into the environmental sector, insights into being an AmeriCorps member and partner, and an abundance of confidence coming from a work space where my independent action and creativity were consistently rewarded and I was fully acclimated to the culture and held the full confidence and trust of my superiors and peers.

During the first 6 months with CAC AmeriCorps I was tasked with composing the federal grant that would fund the next 3 years of our program.  I remember speaking with Ms. Kelly early on about the importance of the grant writing process and that, ultimately, if you don’t have grant funding, you don’t have a program.  I had written small grants before, but never something to the extent of this grant, but I’ve long considered myself to be a relatively strong writer.  Undaunted, I approached the process by working to clearly understand the grant documents, asking questions and seeking insight while applying creativity and vision.  I had absolute confidence that the program would be funded as we sent it for federal review in December.  How could it not?  On Friday, May 13th, 2016 my son Jude was born.  It was one of the most joyous days of my life.  The following Monday I checked in on our grant status and was notified that we had not been funded.  My heart sank.  My son had just been born and, as far as I could tell, I just lost funding for an AmeriCorps program that had been continuously funded since the inception of AmeriCorps in 1994.  I thought about what this would mean for the people we had recruited, my staff, the legacy of the program and my family.

I felt as though I had failed everyone.  Having come in with the expectation that I would take the program to the next level, this left me questioning myself.  The highs and lows I experienced in these few weeks were some of the most intense that I’ve faced in my professional life.  Fortunately, I was informed that, because we had not been funded on the federal level, we would be considered on the state level.  Ultimately we were funded for the same number of members from our previous grant cycle, but it was clear to me that I could have just as well been watching it all fall apart which made me question our program’s reliance on a single federal grant.

Besides overestimating my position in writing this grant I made other mistakes, most of which came from not taking into account that the culture I was entering was different from the previous one and that I was resetting my internal organizational equity by joining a new organization.  This led to some well meaning, but under informed, decision making that created challenges for the office and agency that could have been otherwise avoided if I had been more inclusive of my leadership and internal partners as I grew into my new role.

This first year I relied heavily on what had worked for me in the past as I struggled to identify what was useful in this new space and what wasn’t.  One thing that made this transition seamlessly was a theme of ‘connect to the big picture, find partners, and ask questions.’  In my previous role as a local water quality manager, I had connected to the regional and state-level community and found this to be immensely useful in learning my role and how to innovate within that space.  The same was true in my new role.  Understanding my internal dynamics as well as creating external relationships was critical during my first year.

For year two, my word was PERSEVERENCE.  In 2006 I first recited the AmeriCorps pledge, including the line “Faced with adversity, I will persevere.”   By my second year with CAC AmeriCorps, we lost the last of our long-term institutional knowledge with the loss of our Program Coordinator who had been in the office for several years before Ariel and I who had both started around the same time.  It wasn’t until her departure that we were truly confronted with the full extent of the moving pieces that were in play.  At this point I was more aware of our program’s strengths and weaknesses and was in the difficult position of realigning some of our longstanding processes to enhance their sustainability in the long-term even if it meant austerity in the short-term.  This period was characterized by anxieties that, at any moment, some unknown issue would reveal itself.  By the end of the second year, the result of our perseverance was that our systems began to become more sustainable and, out of a desire to not have all our resources in a single basket, we were successful in laying the groundwork to implement a brand new 12-person AmeriCorps VISTA program in addition to our existing program diversifying our funding, interventions, and expanding our partnerships.

As I come to the conclusion of my third year with CAC AmeriCorps, the word I have chosen for this third year is PROMISE.  In year three I feel as though my team and I have a firm grasp on the landscape,  culture, partners, and systems in which our program operates and are positioned to move these pieces, and create new ones, to enhance quality, scale, and sustainability with partners from our community and members to the federal government.  This is the first year that has felt firmly grounded in the present facing towards the future.  I am excited about where we are and where we are going as a program and am confident we are capable of meeting the challenges ahead of us.  As we come to the end of this Corps year moving towards our 25th year and 1 millionth hour of service in 2019, I was asked a question for the yearbook for 2017-2018. What was your favorite memory from this service year?  My answer was this:

I am a fortunate person to have lots of great memories from every year that I have been with CAC AmeriCorps, but something that stood out to me this year was the resilience, commitment, and character of our members in general.  This isn’t a reflection on numbers, it is a reflection on powerful individual decisions.  Members like David, Jaimee, and others have made a point to reach out to our office to ask strong clarifying questions about how their site could best contribute to the whole.  Members like Deidra, Marjorie, Jessie, and many more were faced with early job opportunities and remained committed to the program.  Before the Corps year started, Gary, Greg, Forrest, Rachel, and Emily were slated to be a part of a totally different site that dissolved the week before the service year started and, every one of them, has adapted and had success despite this.  Watching the emergence and development of servant leaders like Christine, Michaela, Stefanie, Austin, Carolyn and others who demonstrated the ability to bring passion and accountability to their service, frequently placing the needs of their team ahead of their own.  It’s easy to shine in the light, it’s harder to work through adversity, find the silver lining, and achieve success in the face of challenge and opposition.  Idealism is a beautiful thing.  An idealism that is tested and remains, in the face of reality, is powerful and is what changes the world.

After writing this response, it occurred to me that this “favorite memory” was also a reflection of the things I have come to value in myself and others.

As we work to wrap up recruitment for the 2018-2019 service year, what I have to say to our potential applicants and new members is this.  National Service is a stage.  What makes any stage, museum or platform significant is not the stage itself, or the lighting, but what happens on the stage and how it is interpreted.  Ask yourself, “What will my performance be?”  I look forward to serving with you.