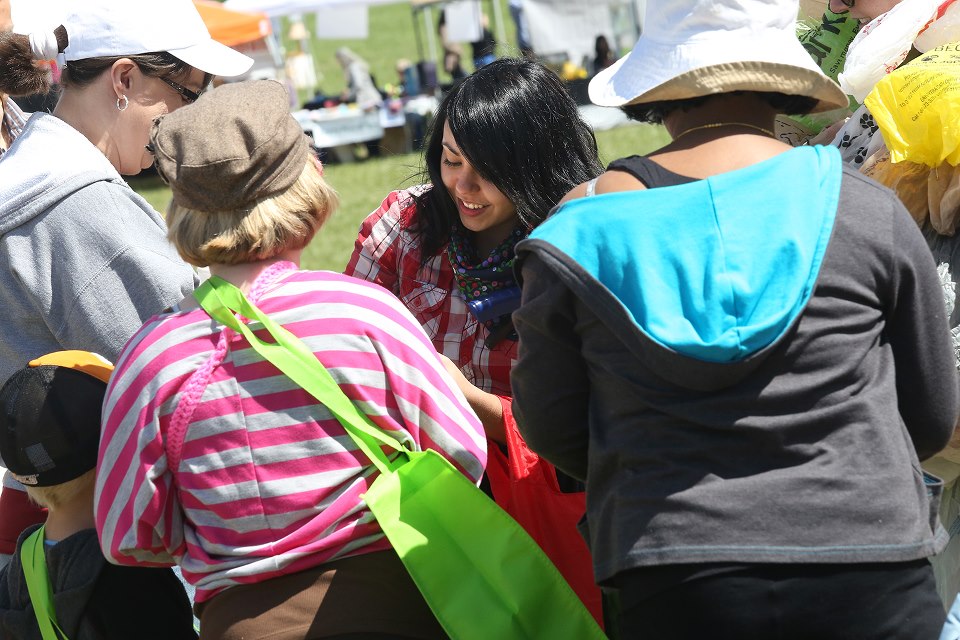 “Mmhmm, just a couple of classes. And labs.”

Those are (roughly) the words that fell out of my mouth this morning as I spoke to an acquaintance about “what I’m doing these days.” And truthfully, several years ago I would have thought the conversation impossible. Because in 2012, the year that I applied to be an AmeriCorps member with the Knox County Community Action Committee, I was totally lost.

When I was a child, I always imagined myself being one of two things by the time I was grown up: a teacher, or a doctor. (Fortunately, I decided early on that “professional food taster” and “super spy” probably weren’t going to work out.) By the time I was applying to colleges, I was certain that I wanted to be a pre-med major and pursue a career in medicine — wasn’t that what I always wanted to do? Isn’t that what my family and teachers knew I had planned? But when it came time to sign up for my first semester of classes, I balked. My internal dialogue went something like this: I don’t think I can make this decision. I’m only 17; can’t I figure this out later? Maybe I’m really just not cut out for medicine… I’ll sign up for gen-ed requirements and decide later. Maybe… it isn’t for me. Isn’t it time I actually learned Japanese, anyway? I’m not sure I’m prepared enough for those classes. We’ll just…see, I guess.

Four years later, I was close to completing a degree in Global Studies and Asian Studies at the University of Tennessee, Knoxville, and was wondering what my next step would be. I knew that I still wanted to serve others, and I toyed with the idea of applying for a large number of positions to see what “stuck.” I met with a Teach For America recruiter. I went to a Peace Corps info session. I looked into teaching English in Japan. But ultimately, none of those opportunities felt as right to me as staying put (at least for a while). Knoxville, a city I grew up in and around, had given me so much. If I could give back even a small portion of the time and energy that so many people had invested in me, particularly during my college years, it would be worth pursuing. So it was with that in mind that I applied to local AmeriCorps positions, and how in the summer of 2012 I began my service.

Though the year flew by, my time at Keep Knoxville Beautiful as a Programs Coordinator contains some of my dearest recent memories: figuring out how to live in a house with six strangers-turned-friends, learning how to lead classrooms full of 5th graders through science and conservation lessons, being a part of the “A-team” at every KKB board meeting and event, helping plan EarthFest 2013 (with guest appearances as Kimmi Kudzu, the Trash Wrangler, and Ka$h Money Kite…) and so much more. Those are but highlights of the experiences that run deep and I think back on so fondly.

Being a part of the diverse and amazing 2012-13 corps, I learned that what kept me motivated was constant collaboration with other people, never-ending learning, and a sense that I was making a difference. So when it came time for me to make my next leap, it only made sense that I joined the staff of Teach For America – Memphis, another Volunteer Tennessee AmeriCorps site. To say that the learning curve at TFA was steep might be a bit of an understatement, but I loved going home at night knowing that the work I was doing was helping contribute to the advancement of equity in this country. Over the course of the next three years, I made some remarkable friends, learned an incredible amount about the complex world of education and reform, and spent countless hours playing a role in ensuring that all students in Memphis have access to the opportunities they so deserve.

But through all that, the nagging feeling that I wasn’t exactly where I was supposed to be wouldn’t go away. And so it was with a sense of bittersweetness that, earlier this year, I made plans to leave the TFA – Memphis team and return to school to finally complete my pre-medical requirements. And once again, there was AmeriCorps to help me along my journey: thanks to the Segal AmeriCorps Education Award, my entire fall course load (and part of the spring) at the University of Memphis will be paid for. At the time I completed my service year in Knoxville, I couldn’t with certainty envision a time when I would even use the education award; now, I can’t tell you how grateful I am for the opportunities it has made more tangible.

Everyone’s AmeriCorps experience is unique, no doubt about it. But every chance I get, I tell people about how impactful my time as a Knox County CAC AmeriCorps member was, how amazing working at another Volunteer Tennessee AmeriCorps site has been, and how highly I recommend that they should pursue a term of service. Not for the education award (though I’m currently overjoyed to have it), nor for the fame and glory (though I will admit it was pretty exciting being put on television), but for the opportunities you will have to make an impact on your community. I may not have the numbers to quantify this assertion, but I can say with absolute certainty that the time I spent working for Keep Knoxville Beautiful did indeed help make the city a “cleaner, greener, and more beautiful” place, and that the outreach I was a part of (for both children and adults) helped educate and cultivate a mindset of community stewardship which I’m sure the current corps is continuing to foster. And isn’t that beautiful?

I look forward to the day when I have multiple degrees hanging on my wall, when my body is tired from a long week of helping and healing, and my work is beautiful in a whole new way. But until then… I’ll just be hanging on to this AmeriCorps pin for good luck. It’s served me well so far.