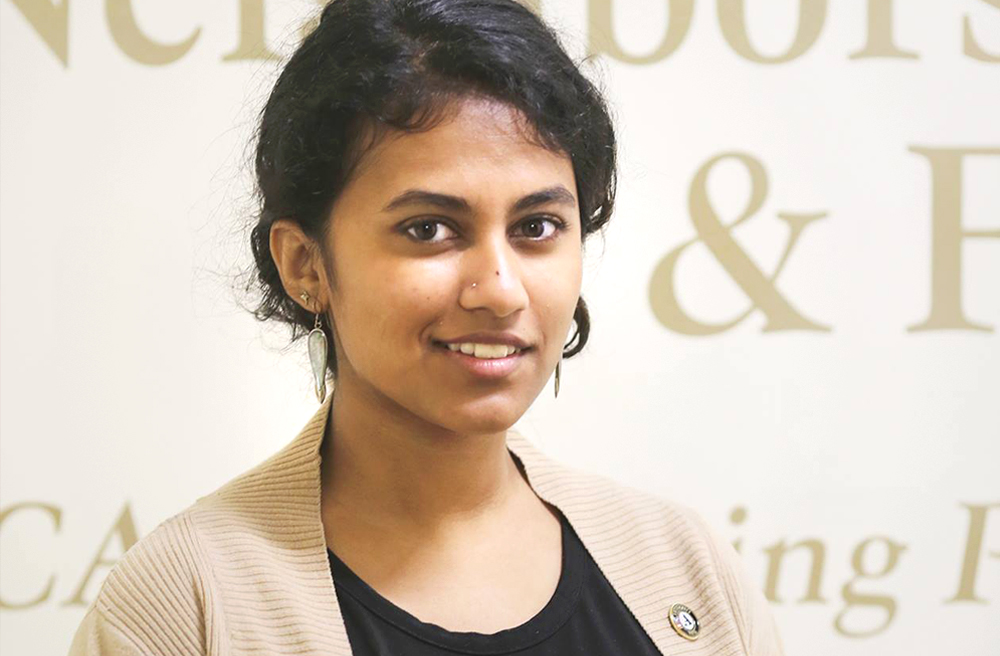 For over twenty years, CAC AmeriCorps has recruited groups of people to spend a year of their life in service to East Tennessee. In the past, CAC has hosted a robust State/National Environmental Corps. This year, twelve AmeriCorps VISTAs, or Volunteers in Service to America, were added to the mix. VISTA as a program has been around since 1965, engaging Americans of all ages in working with non-profits and government organizations to alleviate poverty; CAC’s VISTA members focus on creating healthy futures and economic opportunity.  VISTAs are different from State/National members in that they work behind the scenes building capacity for organizations by recruiting volunteers, securing donations and funding, and creating projects that help the organizations they support better serve the community.

Poverty comes in different forms, has many different causes, and can be defined by a lack of access to financial, emotional, mental, and social resources. Traditionally when poverty is brought up, someone who is struggling to make ends meet is what comes to mind. However, there are specific populations that are especially susceptible to fall into poverty, such as people with disabilities, seniors, and refugees; we are lucky to have VISTA members in Knoxville working with all three of these populations.

Each AmeriCorps member recruited has a unique motivation to serve, and I recently got the opportunity to sit down with Nicole Fernandez, an AmeriCorps VISTA member serving at Bridge Refugee Services, to discuss what her service looks like and what motivates her to serve. Bridge, a non-profit organization, dates back to 1982 and is the only refugee resettlement center in East Tennessee. They focus on what they call the Three Pillars of refugee integration: learning English, finding employment, and community involvement. These pillars act as a foundation for refugees integrating into American society, and without a strong foundation in these areas, refugees are especially susceptible to fall into a lower socioeconomic status.

Nicole and I began our conversation talking about Bridge, what she’s been up to, and some of the projects she wants to accomplish during her year of service.

“Employment and ESL [English as a Second Language] are both really strong within Bridge, community involvement less so, but that’s where I come in,” says Nicole.

“My official title is Volunteer Manager, but I have a few very big goals for the year and one of them is really working on that community involvement…I’ve been reaching out to both new and current volunteers that are interested in planning community involvement opportunities for their clients.” Nicole also looks forward to researching and writing grant proposals for Bridge, especially one that aims to help single mothers that come through their resettlement programs, “…because a huge impediment to finding employment is finding childcare for their kids,” she says.

These activities are only a snapshot of what a day in the life of a VISTA might look like; Nicole is also using her position to create programs that might be needed to strengthen the volunteer network, such as an ESL Tutoring Workshop series that will help ESL Tutors feel more confident in their tutoring.

“It’d be a chance for new members to get to learn from veteran members, which mixes it up a little. There seem to be a lot of people interested.”

*Author Note: You don’t actually have to be fluent in a second language to be an ESL tutor; you just have to be proficient with a dictionary, Google Translate, or Duolingo. Who knew?

After speaking a bit about what she has been up to, Nicole shared with me her reasons for pursuing national service and what led her to our program.

“When I was at my Canadian citizenship ceremony in, 2011 or 2012, I remember the judge was originally from Eastern Europe. At the end of the ceremony, he said that the best way to be a citizen is to be involved in your community, and that means volunteering. His message really stuck with me; to see the connection between volunteering and civic purpose strengthened my desire to serve,” she shared.  This helped solidify the love for volunteer work that she has had since she was a young teenager, so she originally looked into joining the Peace Corps.  Upon further research, she discovered that one of the Peace Corps requirements was American citizenship, which she did not have. She then found out about the AmeriCorps program, and after moving from Canada to America and completing university, she applied to AmeriCorps and hasn’t looked back.

*Author Note: Nicole is currently a lawful permanent resident of the United States.

After filling out a general application, our Program Director, Jason Scott, reached out to her. She interviewed, but the position she originally wanted was already taken, so they agreed to stay in contact to see if anything that might be of interest to her came up. Thankfully, it did.

“When Jason told me about VISTA, and the Bridge position, I thought, ‘That’s it, that’s the one,’” Nicole remembers. She interviewed with the Executive Director of Bridge, Drocella Mugorewera, who is a refugee herself, and subsequently accepted the position. When it all began to sink in, Nicole was excited to begin her service and learn.

“I was really excited about learning more about what it means to be a refugee in the US and what that process looks like. I know that these two things are not the same, but I’m an immigrant myself, so I can definitely understand that “coming to a new world” mentality, and I was really interested in challenging my ideas of what that looked like when you’re not coming here by choice, but because you have nowhere else to go. I was also very excited to work with Drocella because she has a lot of experience with non-profits.”

We discussed challenges she has faced, such as learning to delegate tasks, but focused on the positives. Nicole has been inspired by seeing people’s excitement and willingness to serve – she says Bridge’s volunteer base seems to be growing exponentially! She also mentioned the gratitude expressed towards her and her colleagues from their clients was something that kept her motivated.

“The other day there was a couple, refugees from Iraq who haven’t been here very long, who cooked this whole meal with various dishes for the staff, and I was completely blown away; there was all of this beautiful food laid out in our conference room. A couple of our staff members speak Arabic and were able to interpret for us. They asked the couple, ‘What’s different here, what were your expectations?’ The husband was saying, ‘I’m just so grateful that I don’t have to worry about my kids going to school.’ It’s those little things that are humbling.”

As our time came to an end, I asked Nicole if she had any advice for someone who was getting settled into both a new area and position:

“Don’t be afraid to ask questions…my dad always used to say, ‘I might not have all the answers, but I can find people who do.’”