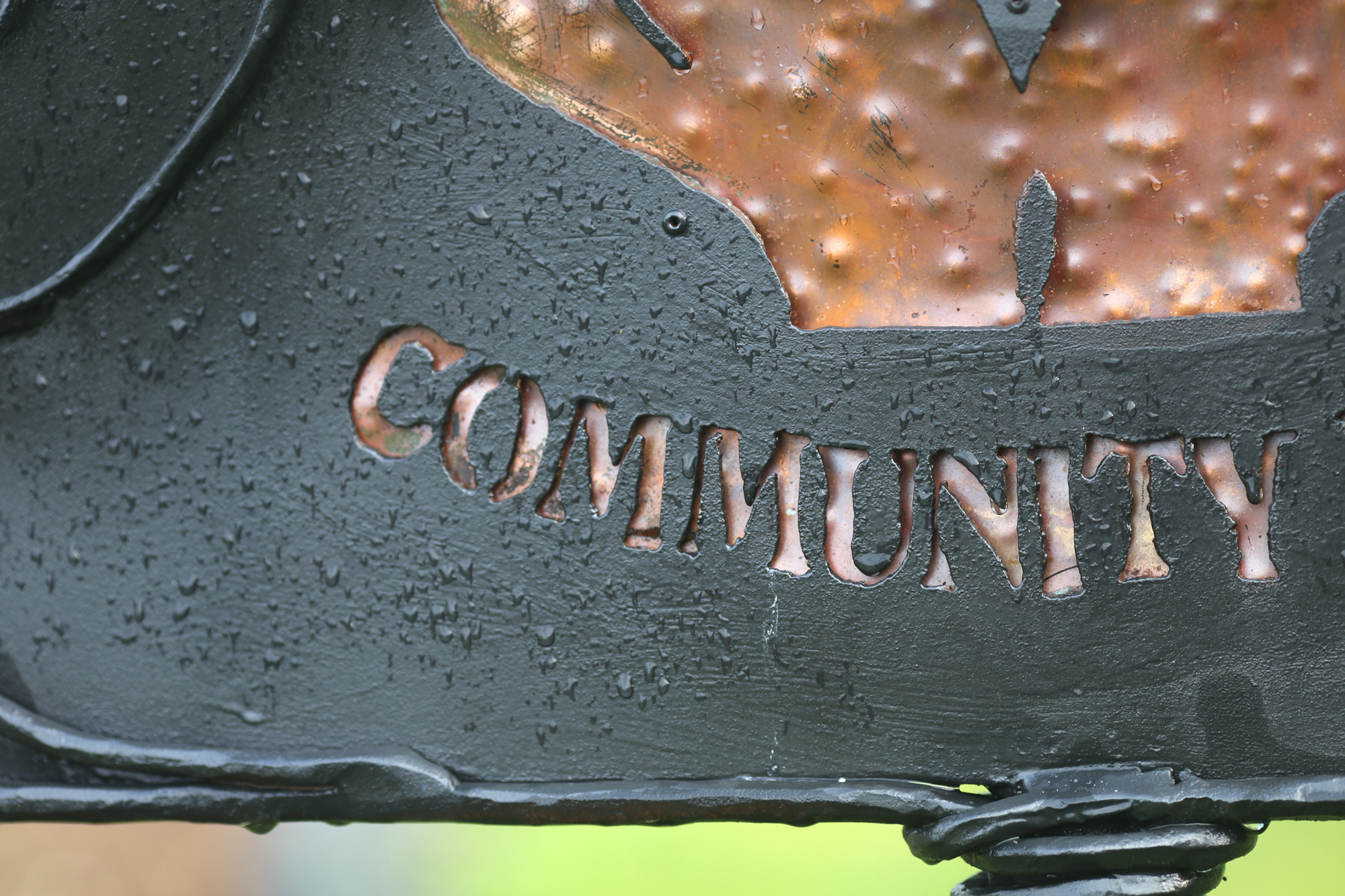 After spending some time with Weasel the farm cat on a rainy Thursday morning in April, I had the opportunity to sit down with Adam Caraco, a 2008-2009 alum of CAC AmeriCorps and the Assistant Urban Agriculture Director of CAC Beardsley Community Farm in a barn filled with a variety of used, but obviously maintained farm and labor apparatuses.

Although it’s been nearly a decade ago, the first day of orientation is still fresh in his memory. Walking into the multipurpose room of the L.T. Ross building and sitting next to Zach Johnson and Shelagh Leutwiler, seeing Ashley Rex enter the room and having no idea what he was getting into, but realizing that this was the moment where he began seeing people of intent becoming people of action and how a corps of service-minded individuals can have a strange way of exerting positive influence on one another to do more than they had previously thought possible.   Adam describes himself as a person who appreciates doing the hard work and aspires to walk away from any situation being the person who put in the most effort.  He also identifies as a person who appreciates the impact of the symbolism of the work and its ability to inspire and extend the reach of the individual.

During Adam’s year of CAC AmeriCorps, he served with Keep Knoxville Beautiful.  He reflects on the words ‘Keep America Beautiful’ and how this theme has managed to stick with him during his term with CAC AmeriCorps and beyond.  During his term of service Adam initiated countless cleanups, some events, some totally improvised and in the moment just taking out a bag and cleaning up a trail or greenway where he would run into people asking what he was doing.  Adam references a quote from a Batman movie that he heard when he was a little younger:

“I can’t do this as Bruce Wayne.  A man is just flesh and blood and can be ignored or destroyed.  But as a symbol.. as a symbol, I can be incorruptible, everlasting.”

After completing his term with CAC AmeriCorps, Adam was ready for a big change and left the state to try something new, maybe going on a bike tour and cleaning up while he travels, but instead came back 5 months later.  “Knoxville is a tipping point.  I’ve never lived in a place where people follow through with their aspirations like Knoxville.  There are a lot of places people talk about their dreams or pursue their hobbies at night, In Knoxville, people live their aspirations.”  Adam notes that the members he me during his service year, and that he has met since, generally continue to be active in the community and continue to do their part to enrich the communities in which they live.

In his current role, sometimes Adam struggles with the ambiguity of “what is the most important impact?  Is it that we grow 10,000 lbs of food in a year? Is it talking to kids on a fieldtrip that go home and tell their families about what they learned.”  Ultimately, Adam believes his current purpose is to influence people to think of food systems and make more thoughtful choices because gardening creates healthy habits and community gardens help build communities.  Long-term Adam aspires for Beardsley to be a center for peace.  A place where people will come together to reconcile differences and heal wounds.

“Beautiful people make beautiful towns and beautiful people are happy and healthy. “ Adam has a hunch that people who are more connected to the world around them are probably both of those things.