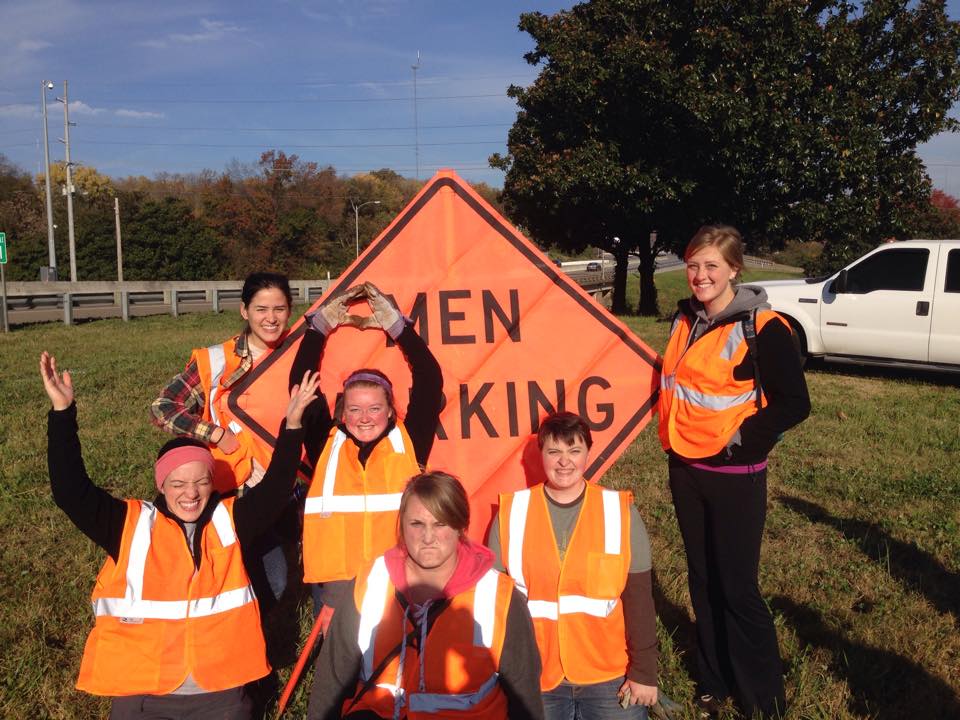 When I accepted a position with AmeriCorps in Knoxville one month after graduating from my small liberal arts college in New England, I had a lot of assumptions about what living in the South would mean. Now, depending on where you’re from, you might consider me a southerner. I’m from Maryland where we are technically south of the Mason-Dixon line, though we sided with the north in the Civil War. When I moved up to Massachusetts for college I was told sternly that I was a southerner, but whenever I venture south of the DC bubble I’m told in no uncertain terms that I’m not allowed to refer to myself as a southerner. All of this was more than enough to give a native of the Mid-Atlantic a mild identity crisis, but, in the end, I have chosen to label myself as a northerner, because that’s where I feel most at home. So moving to Knoxville, a town I had only just barely heard of, in what I, at the time, considered the Deep South was more than a little daunting.

Would I fit in? Could I be as out as I had become accustomed to in the past four years? Why does the tea need to be this sweet? The only thing that motivated me to accept this position was that it was the only of possibly 50 opportunities I had applied to that had bothered to get back to me at all. So I took the plunge, packed my winter coats into storage, and tried to block out all of my friends warnings about surviving in a conservative state. And I’m so glad I took that chance.

I’m not saying I felt 100% accepted or understood all the time. There were times I definitely felt my outsider status, in both my professional and social life. I and my female coworkers encountered mild but frequent examples of sexism in the workplace, and sometimes it felt like no one knew quite what to do with us brash northern women speaking up more in meetings and demanding more responsibility than they seemed accustomed to. On other occasions, I felt my nonconformity was met with bewilderment. Halloween rolled around and I still hadn’t come up with a costume, I opted to dress as ‘the gender binary’ (skirt, tights and ballet flats on the bottom, men’s button up, tie and facial hair applied with eyeliner on the top), and definitely got a lot of confused looks and requests to repeat my explanation when we went out. Another time, I once had a (literally) minute long stand-off with a man who I was trying to hold a door open for. It wasn’t someone who I wouldn’t have expected to cling so staunchly to the gendered southern chivalry, but he continued to look pained as I repeatedly insisted that I did not in fact need him to hold the door open for me.

There were times when the differences and difficulties of my southern life wore a little thin, but there were enough new great things about life in Knoxville to explore that distracted me more often than not. Southern hospitality is a stereotype for a reason, and, after spending four years in the more reserved New England, it was surprisingly refreshing to be greeted by strangers with a smile and friendly conversation rather than a wary stare. It took me a few weeks to get used to the pace of conversations and not want to interrupt when someone was taking an especially long time to get to the point, but I learned to appreciate the slower pace of life. Time seemed to somehow move slower in the South and I found myself less concerned with figuring out what I was going to do with every minute of the day, and more preoccupied with just spending time with my friends and enjoying everything I got to do. I still missed my cold winters (and I think it’s completely absurd that school was cancelled for two weeks over three inches of snow), but then again New England peaches are pretty pathetic and Krispy Kreme donuts are pretty wonderful.

Whenever donuts and objective awe at the cultural experience that is tailgating at a college football game wasn’t enough, the thing that really made my experience worth it was the 40 other (mostly) non-southerners who were also, at times, baffled by the customs of our new home, and always ready to provide a safe space to decompress. From my fellow corps members I received nothing but support, respect and, in a lot of cases, a genuine interest to learn. Everyone brought different experiences and perspectives, and everyone was ready to share and discuss and listen. Most often, if we’re being honest, that meant someone getting shouted at for saying pop instead of soda, resulting in a 5 minute debate over which was the correct term. But at its best it meant learning to think in different ways and challenge our long held beliefs. When my friends threw those of us with January birthdays a big joint party, they made us birthday sashes out of toilet paper, and mine said ‘birthday person’, rather than boy or girl. It may seem silly, but I was rendered speechless by this little gesture, a nod to my lectures about the concept of gender as a spectrum rather than a binary system that I honestly thought they were just tuning out.

In turn, I was reminded not to let stereotypes about regions or groups of people influence how I interact with individuals. It seems like something I should maybe be better at, considering I spend a lot of time hoping other people will do the same for me. Being in a liberal bubble is safe and great, but it doesn’t allow for much understanding or empathy for ‘the other side’. As I get older and meet people from all over, I’m reminded time and again that it takes people from all walks of life lots of concentrated practice to shrug off our societally ingrained assumptions, but it’s always worth the effort- and something that we need now more than ever.

So what’s the best way to practice this? Step out of your comfort zone*. I had no idea what I was getting myself into when I moved to Tennessee, and even less idea how to justify that move to myself and my northern friends who assumed the worst about “The South”. It wound up being a year of conversation, growth, and broadened horizons that was often messy, sometimes even exhausting, but ultimately rewarding and one of the best decisions I ever made. I now tell alarmed northerners with confidence that I met some of the most caring, dedicated, and passionate people I’ve ever known in Tennessee, and learned much more than I ever could have by staying in Massachusetts.

*I recognize that I say this coming from a place of great privilege. I’m gay and gender non-conforming, but pass easily as female (and apparently straight in the South) and am white with a heap of other privileges. My mostly positive experience won’t necessarily be anyone else’s, and you know best how to prioritize your own safety and health.